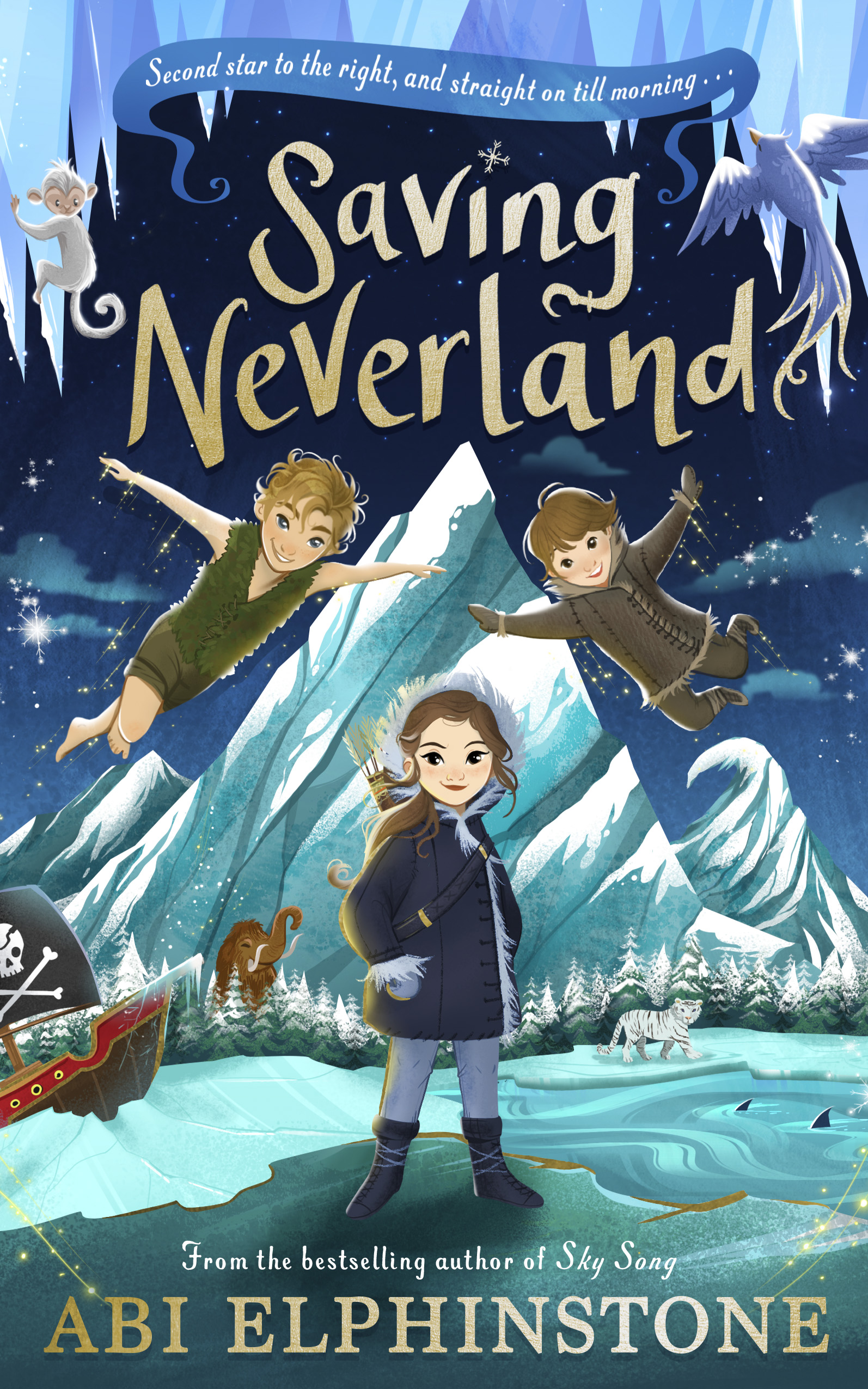 A reluctant Martha and excited Scruff are swept off to Neverland and into the company of the Lost Kids. But when Scruff is kidnapped, Martha must rediscover all the imagination, magic and belief she has buried deep inside herself for so long, to save him – and Neverland itself. 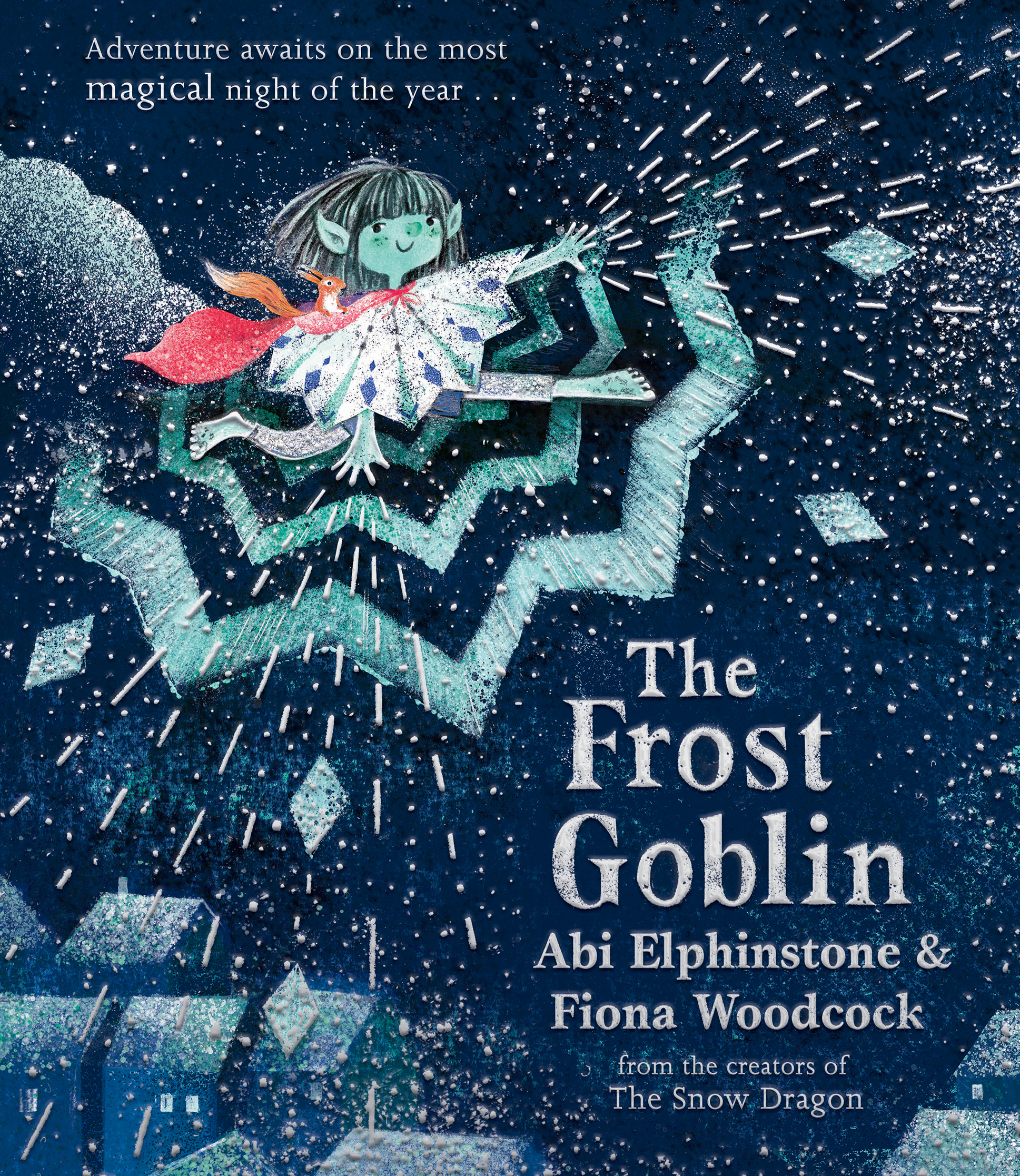 In Bertie Crash-Wallop’s noisy family, it can sometimes feel like there’s no place for a quiet boy like him. Then Bertie discovers a family of goblins on the night of the deepest frost. Can he help them scatter their frost magic before it’s too late? And can the goblins show Bertie what it means to belong? 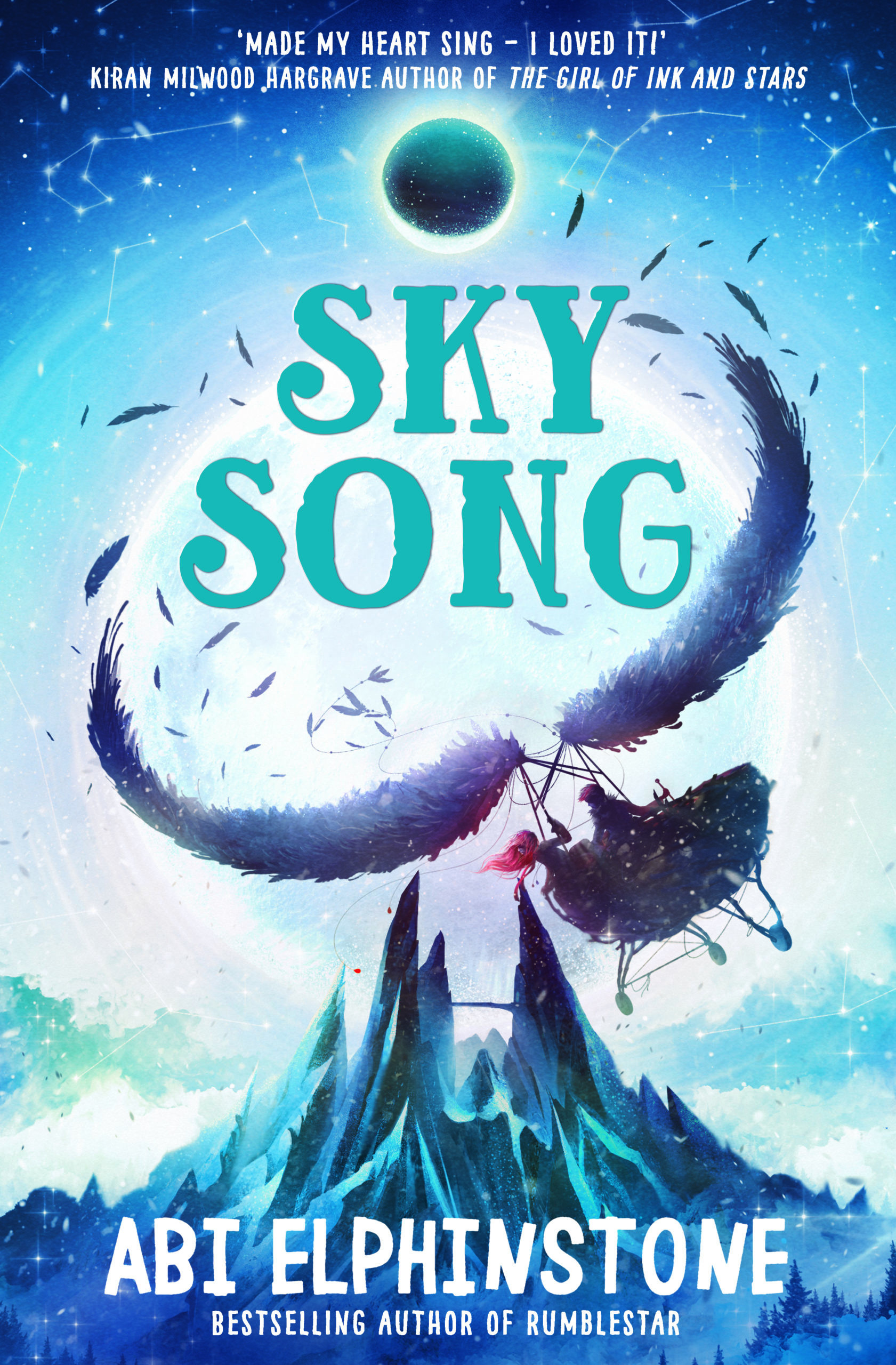 In the snowy kingdom of Erkenwald, whales glide between icebergs, wolves hunt on the tundra and polar bears roam the glaciers. But the people of this land aren’t so easy to find – because Erkenwald is ruled by an evil Ice Queen and the tribes must stay hidden or risk becoming her prisoners at Winterfang Palace.

Join Eska, a girl who breaks free from a cursed music box, and Flint, a boy whose inventions could change the fate of Erkenwald forever, as they journey to the Never Cliffs and beyond in search of an ancient, almost forgotten, song with the power to force the Ice Queen back. 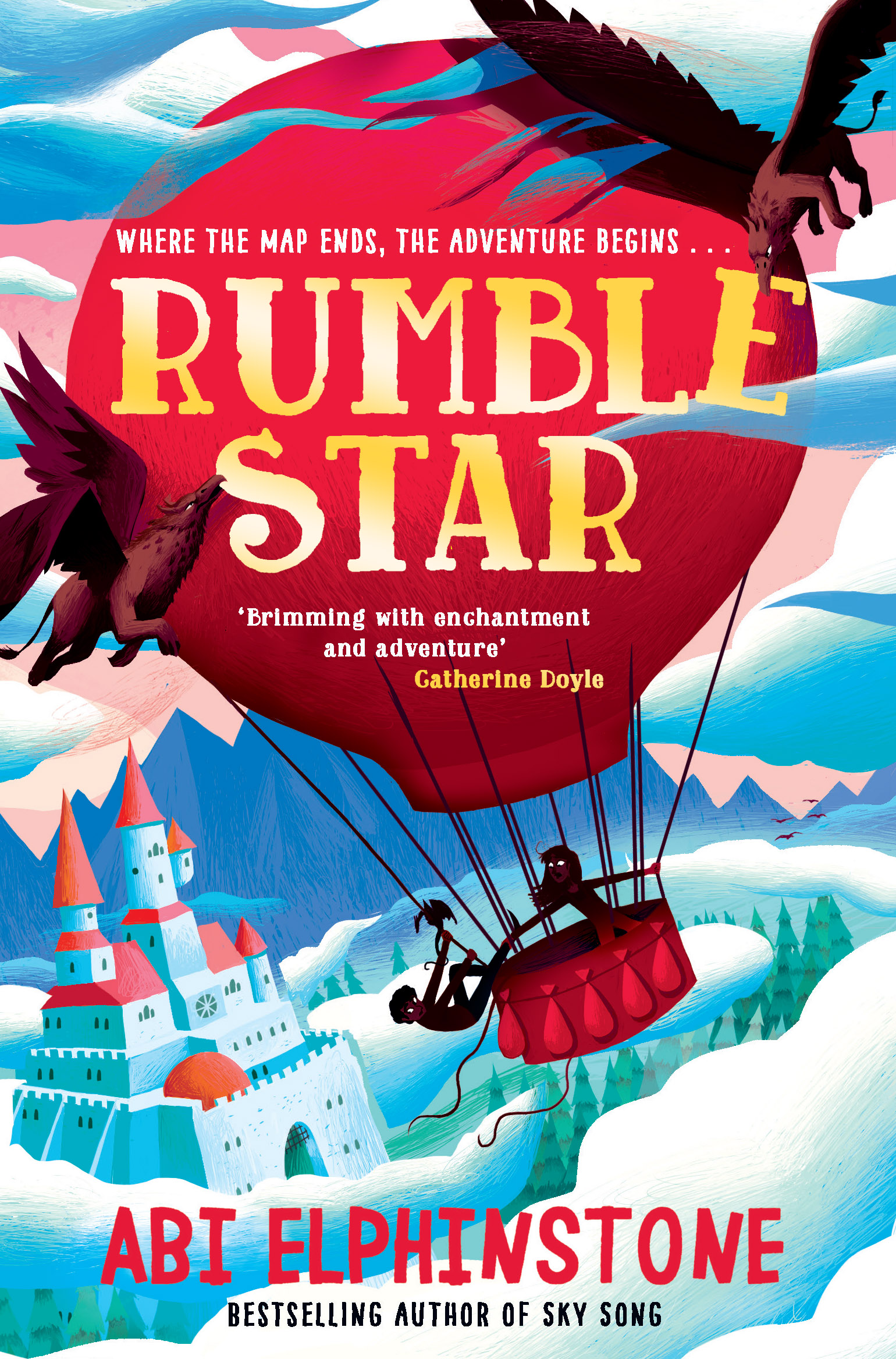 And so, together with Utterly Thankless, a girl who hates rules and is allergic to behaving, and her miniature dragon, Arlo, Casper embarks upon an adventure full of cloud giants, storm ogres and drizzle hags. Can he, Utterly and Arlo, the unlikeliest of heroes, save the Unmapped Kingdoms and our world from the clutches of Morg and her Midnights? 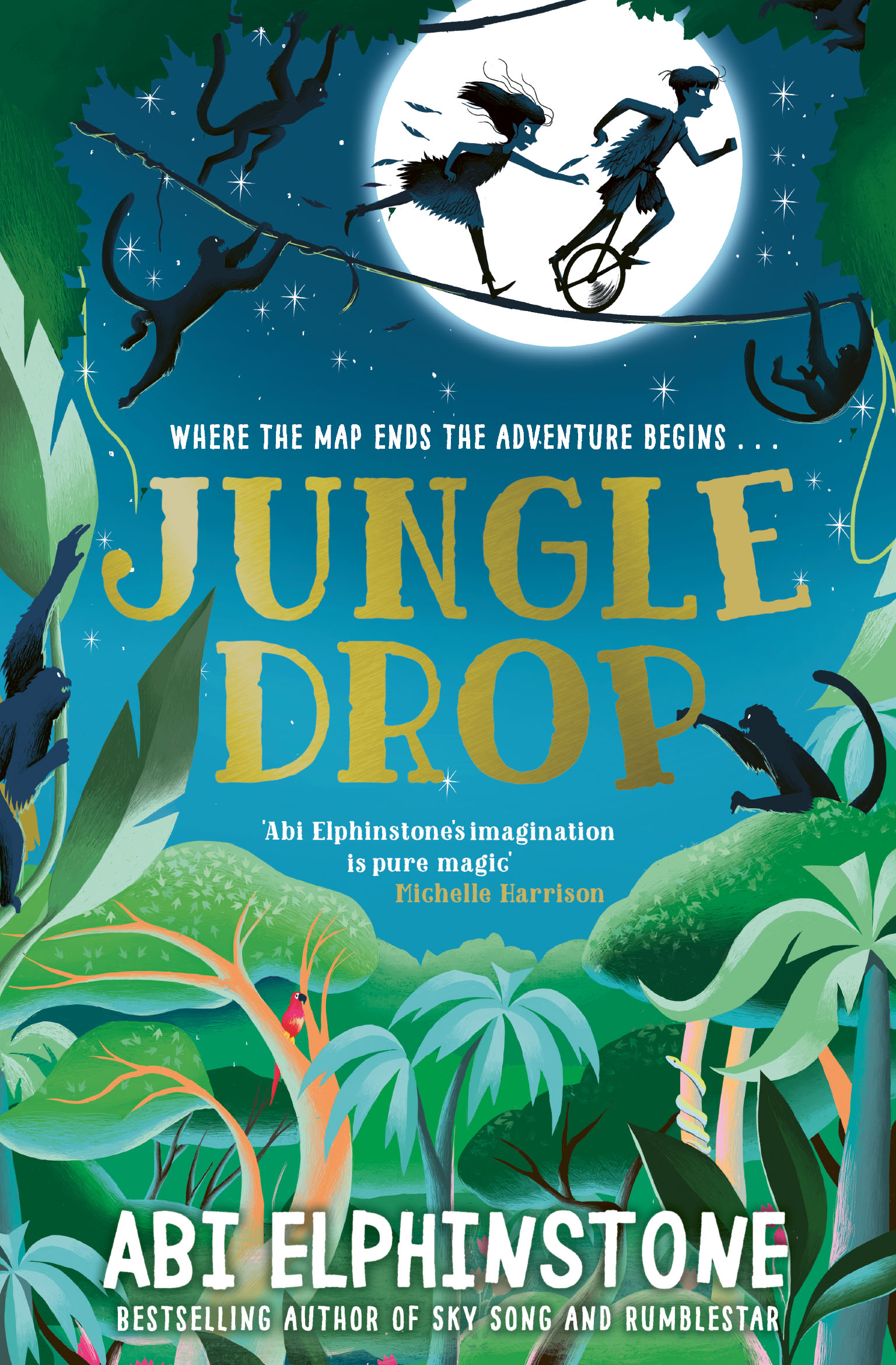 Twins, Fox and Fibber Petty-Squabble, have been rivals for as long as they can remember. Only one of them will inherit the family fortune… But when they are whisked off to Jungledrop, an Unmapped Kingdom in charge of our world’s weather, they must join forces in a race against time to track down the long-lost Forever Fern. Because an evil harpy called Morg wants the plant, too. And if she finds it first, Jungledrop and our world will crumble.

Suddenly, Fox and Fibber find themselves on an incredible adventure in a glow-in-the-dark rainforest full of magic. But, with the fate of two worlds in their hands, will the twins be able to work together for once to defeat Morg and her Midnights? 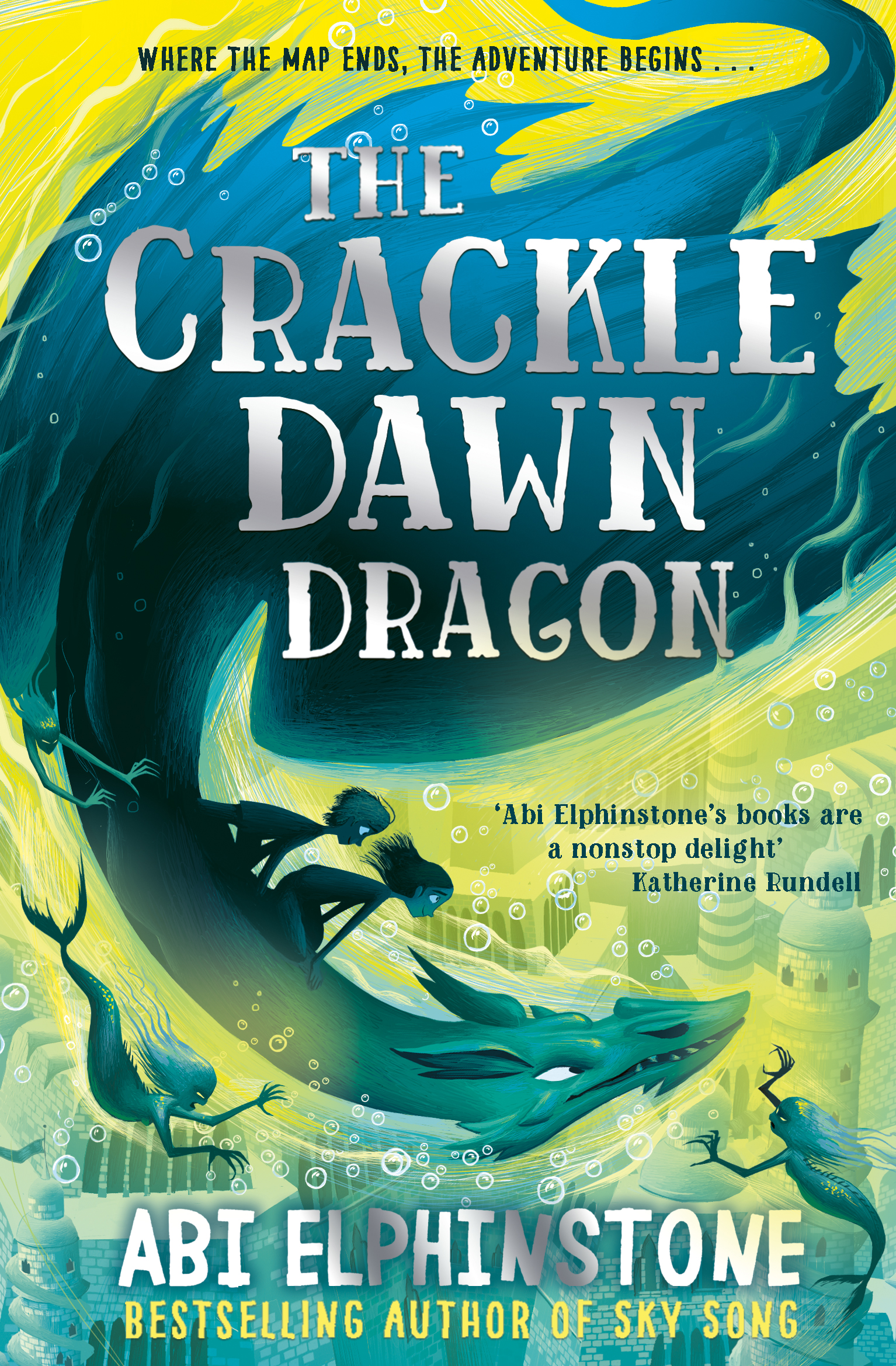 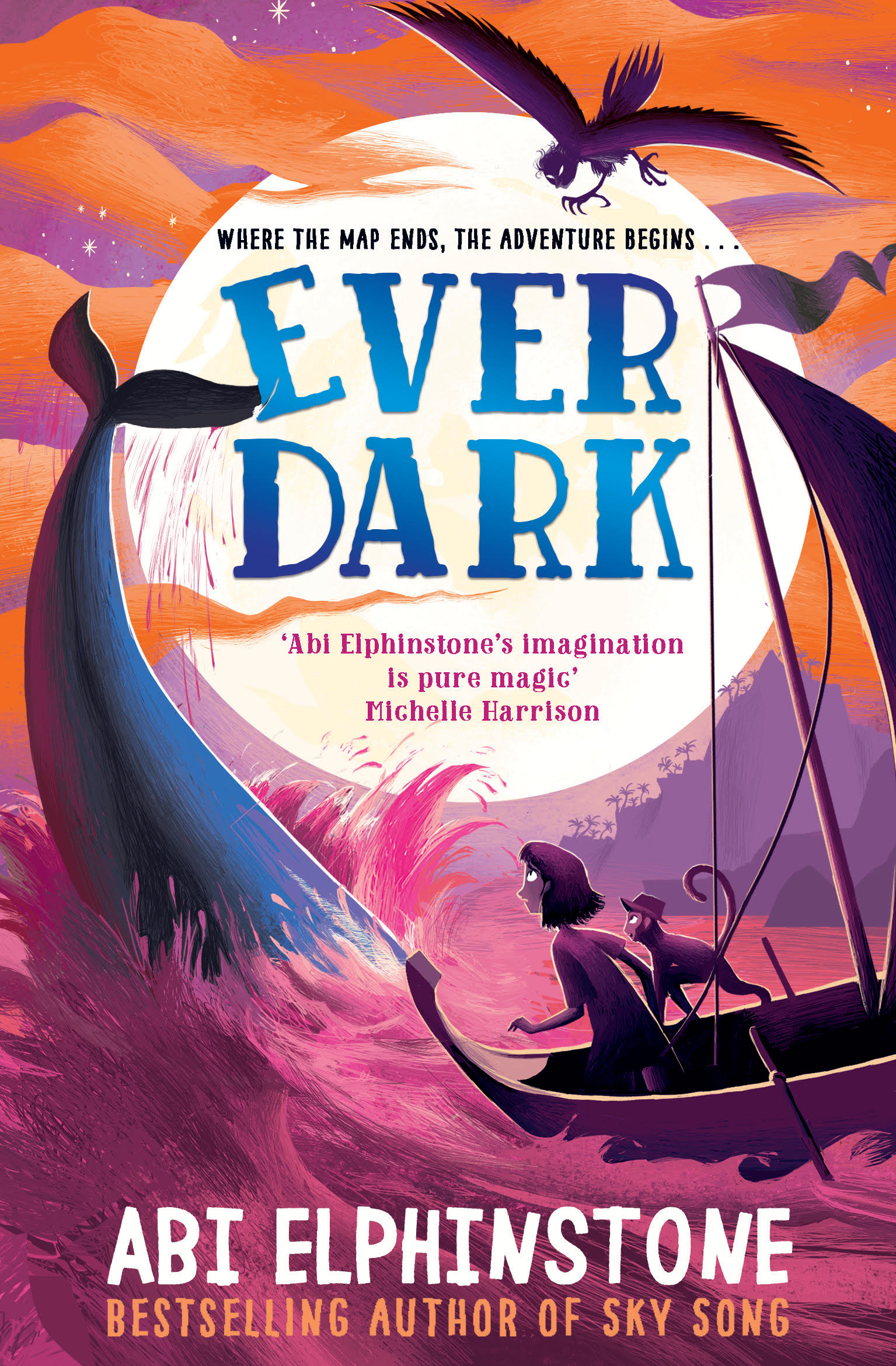 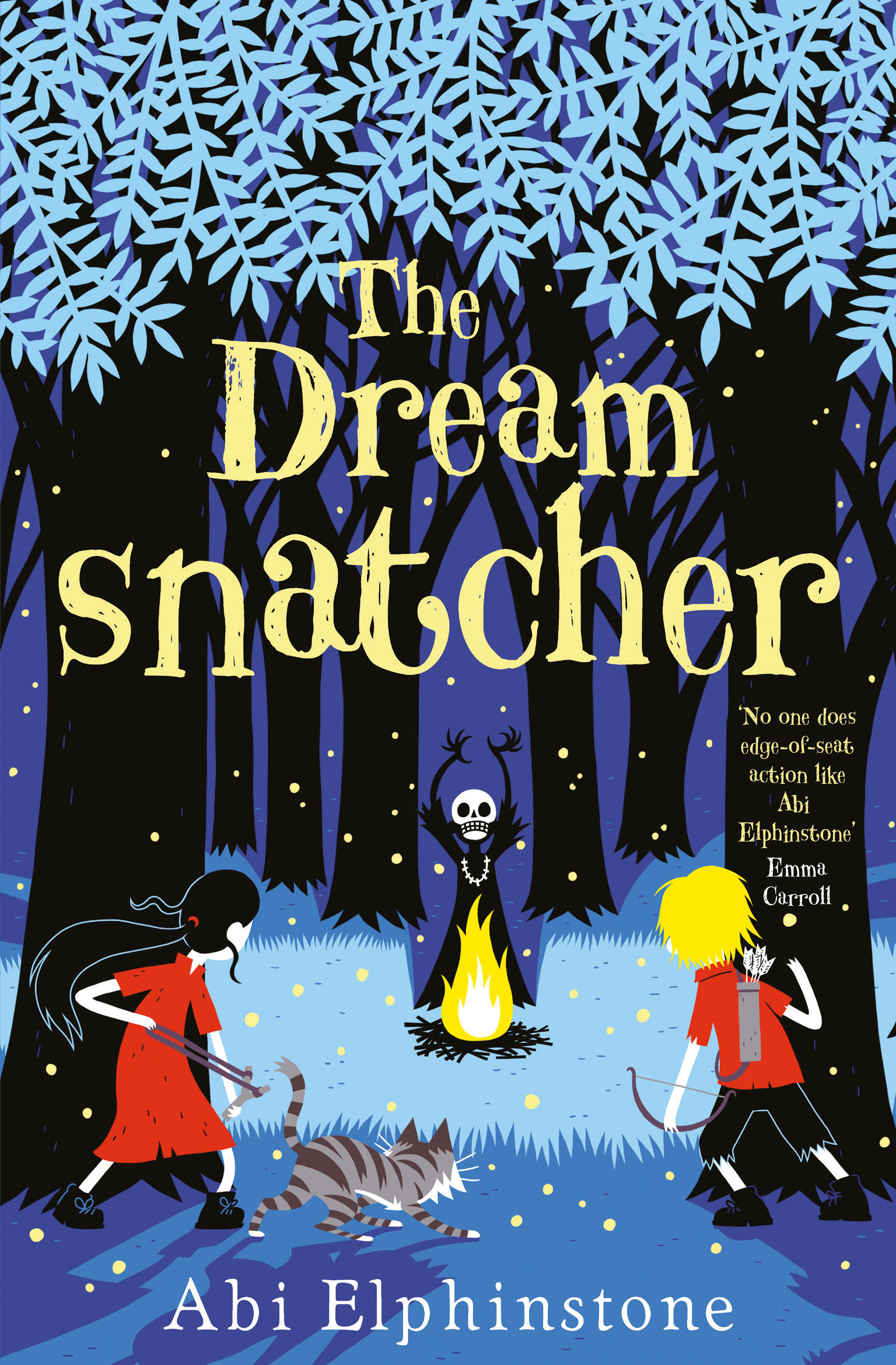 Moll Pecksniff wakes one night in the middle of the forest, lured there by a recurring nightmare – the one with the drums and the rattles and the masks. The Dreamsnatcher is waiting…

Because Moll is more important than she knows. The Oracle Bones foretold that she and Gryff, a wildcat who’s always been by her side, are the only ones who can fight back against the Dreamsnatcher’s dark sorcery. Suddenly everything is at stake, and Moll finds herself drawn into a world of secrets, magic and adventure. 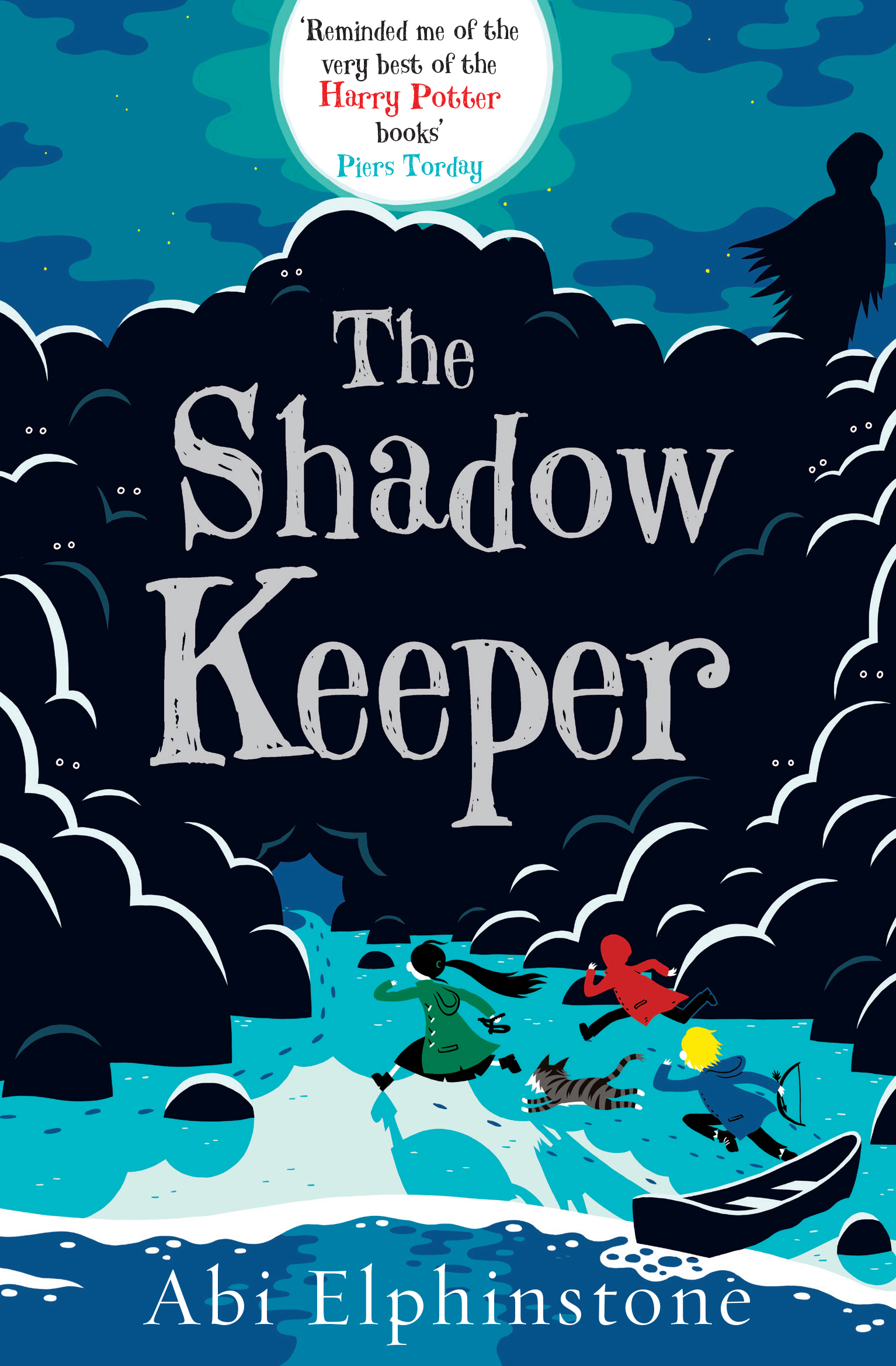 Moll Pecksniff and her friends are living as outlaws in a secret cave by the sea, desperate to stay hidden from the Shadowmasks. But further along the coast lies the Amulet of Truth, the only thing powerful enough to force the Shadowmasks back and contain their dark magic.

So, together with Gryff, the wildcat that’s always by her side, and her best friends Alfie and Sid, Moll must sneak past smugglers, outwit mer creatures and crack secret codes to save the Old Magic. With more at stake than ever before, can Moll and her friends stop the Shadowmasks before it’s too late? 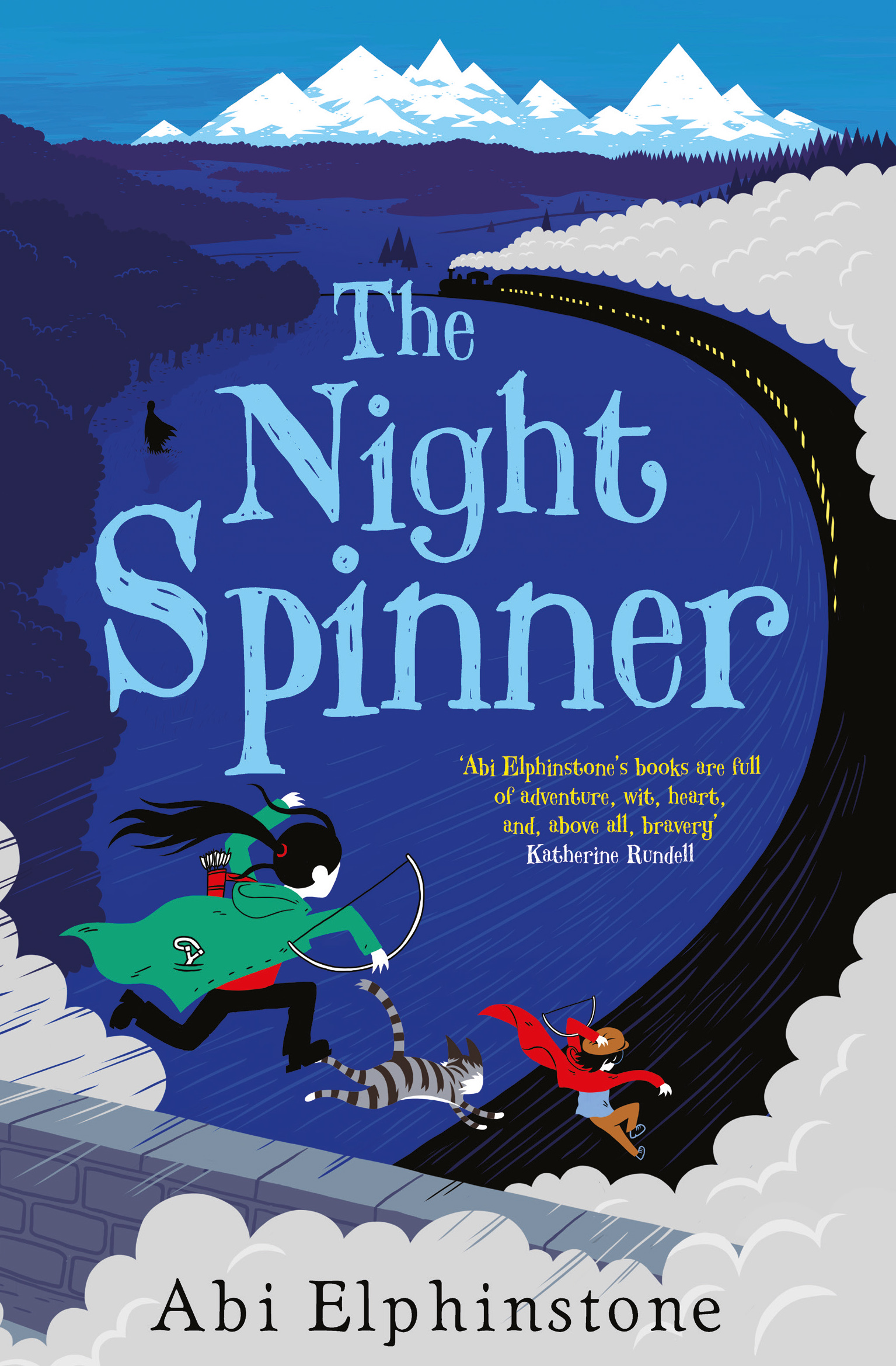 Deep within Tanglefern Forest, Moll and her wildcat, Gryff, are waiting for a sign from the Old Magic before they continue their quest to find the last Amulet of Truth and free the world from the Shadowmasks’ terrible magic.

Still missing fellow Tribe member, Alfie, and armed only with a mysterious set of clues, Moll sets out on an adventure across the northern wilderness with Gryff and her friend Siddy at her side. They must brave the Lost Isles, scale the Barbed Peaks and face witches, goblins and giants who lurk at every turn… while the Shadowmasks draw ever closer.

Can Moll, Siddy and Gryff find the friend they think they have lost? And do the Tribe have what it takes to defeat the dark magic once and for all?